Posted by Vicki on June 19th, 2020 • Articles , Daniel , Harry Potter
Daniel Radcliffe Reportedly Down To Return As Harry Potter, But Only If J.K. Rowling Isn’t Involved

Having made more than enough money to last him a lifetime while still a teenager, Daniel Radcliffe has used his post-Harry Potter career to establish himself as one of the most interesting actors working today. After all, not a lot of stars with his level of fame would dive headfirst into playing white supremacists, a guy with guns surgically bolted onto his hands or farting corpses, with the 30 year-old making a conscious effort to distance himself from the role that made him famous.

That being said, Radcliffe has long since resigned himself to the fact that every interview he does will eventually circle back to Potter in some way, which is to be expected given the enduring popularity of the franchise. While he hasn’t shown much interest in returning to big budget filmmaking besides a small part in Now You See Me 2, he hasn’t completely ruled out a return to the Wizarding World, either.

In fact, we recently learned that Warner Bros. were planning on making a new Harry Potter movie that would loosely adapt elements of The Cursed Child, and now we’ve heard that Radcliffe is said to be more open than ever to the idea of reprising his career-defining role, but only on the condition that J.K. Rowling isn’t involved. 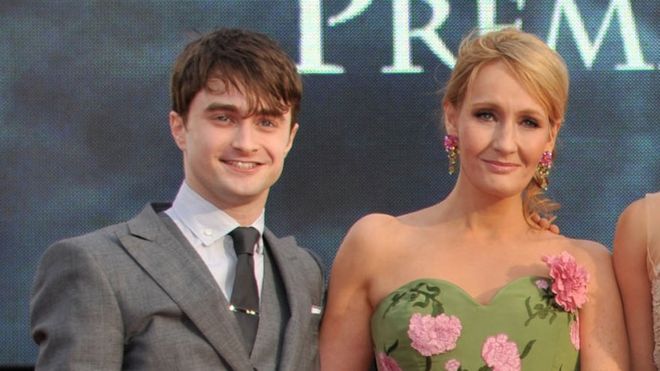 In a statement posted on an LGBT suicide prevention charity website, the actor said: “Transgender women are women.

“Any statement to the contrary erases the identity and dignity of transgender people.”

JK Rowling had been criticised for tweets taking issue with the phrase “people who menstruate”.

Radcliffe said this was not about “in-fighting” and added he felt “compelled to say something” because Rowling was responsible for the “course his life has taken”.

‘Love is the strongest force’

Writing on The Trevor Project’s website he said he was sorry to anyone whose “experience of the [Harry Potter] books has been tarnished”.

“If these books taught you that love is the strongest force in the universe… that dogmatic ideas of pureness lead to the oppression of vulnerable groups; if you believe that a particular character is trans, non-binary, or gender fluid, or that they are gay or bisexual; if you found anything in these stories that resonated with you and helped you at any time in your life – then that is between you and the book that you read, and it is sacred.

“I hope that these comments will not taint that too much.”

Welcome to Daniel Radcliffe Online, I am excited to finally launch the site (I have wanted a site on him for years), I have been working so hard on the site, there is still a lot of screencaptures to add but wanted to get it open! We aim to bring the latest news, images and more, please consider donating as it will help our site show and please visit us again!

Welcome
Welcome to Daniel Radcliffe Online, who you may know from Harry Potter as Harry Potter or other projects such as Miracle Workers, Imperium, Kill Your Darlings, The Woman In Black, December Boys and more! We aim to bring the latest news, images and more, please consider donating as it will help our site show and please visit us again!
Donate
Please donate to help with the site, this would go towards hosting, domain renewals and pictures! DONATE HERE
Current Projects